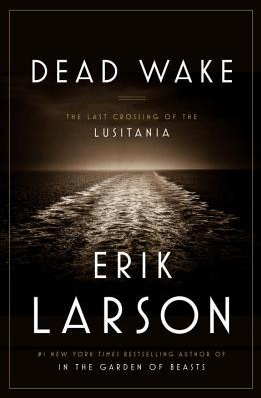 Good evening everyone I hope you are having a good Monday. This week I finally decided to get one of the books on my list that I have been staring at in stores for months. Lucky me, when I went to order it online before one of my classes it went on sale for 50% off! LUCKY!
But once I got the book I had the crippling fear that it was going to let me down. Many times I have stared at a book for months only to find that when I read it it doesn't live up to my expectations. It's a sad reality.
Thank God my fears were all for nothing! From the moment I started reading the book I was hooked. I read through class, at home, on break at work, over the weekend, and any other time I could trying to finish it.
Now I should warn you, this book is different than the books I normally do in this blog (even though I always say I do all types of books). This book is non-fiction. True event. Real information. And that is what makes the book so interesting.
I won't lie and say that it is action-packed thrilling from the get go. But if you know it is a non-fiction story, written by a well known non-fiction writer, and you are interested in the topic being covered it is a SPECTACULAR.
Let me tell you a bit about it:

In 1914 the world descended into a the First World War. One of the countries that didn't enter right away was the USA. But this isn't a story about the war. This is a story about how the war affected regular people.
In 1915 the Lusitania, a Passenger Liner carrying nearly 2000 peoples, set off from New York towards Europe where the war was raging. Before it gets to its destination it will be sunk by a German Uboat taking down more than half of those on board.
This story is from the point of view of many key players in the destruction:
On board the passengers had heard that a warning had been sent out by the German Uboats (submarines) stating that any ship coming into the waters around Britain, whether they were war ships or not, were at risk at being torpedoed. Despite this the passengers were confident that the Lusitania, then the fastest passenger ship in the water, would be able to outrun any problems that might face it.
In the White House President Willson faces problems of his own outside the war that him and the American people want no part in. He has to deal with American ships being at risk that travel to Europe along with the constant pressure from those around him to make a decision about joining the war. Outside of work his love life is lighting up with a woman his cousin had introduced him too.
In the waters around Britain a German Uboat called U-20 patrols the waters looking to sink as many ships as it can no matter what flag they are flying. The days leading up to the tragedy are slow but the captain is hopeful that a miracle will come his way.
In Europe the mysterious room 40, operating under the noses of the European people without anyone knowing of its existence, monitors all communications between Uboats in the area around Britain. They have heard that U-20 has been seen in the area where the Lusitania is supposed to be sailing in only a few days but they choose to protect another ship instead.
Erik Larson will take you on a journey drawn out from written testimonies from survivors, codes from U-20 received at the time of the sinking, phone conversations recorded on paper, and years of research. Learn what really happened to the Lusitania by seeing it from the point of view of everyone involved.

This book was crafted with an experts hand. All of the information told throughout the story, told as though someone where telling a story, is backed up with references from where the author got his information. With so much proof behind the information it is hard to believe that any of it could be false.
If you love a true story, learning information, and war stories, this is the book for you!
Characters:
Pace: Slow, but it fits with the story being told. A-
Story: A+
Setting: A
Ending: A- (Sad because it is all true)
Overall Rating: 5 out of 5 stars!
This book get's K's Stamp of Approval! Have a great day everyone and happy reading!
- K 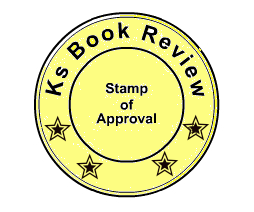