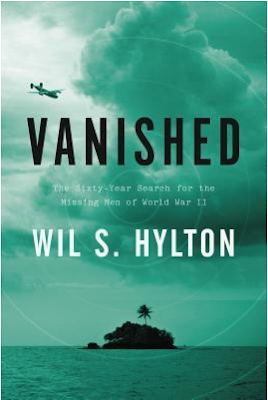 Hey everyone I hope you are having a good Monday. This week I decided to read a book that is more of a non-fiction book that a historical-fiction. I had picked this book up after reading another non-fiction book since it was so good and got me in the mood for some historical reading.
Some of you may know that I love history of World War Two and anything going on during the periods of war. This book seemed right up my alley but I didn't enjoy it like I had hoped I would. It took me twice as long to read as a normal book simply because I kept putting it down.
But let me tell you a bit about it:

During World War Two there were many planes that flew all over the world fighting and keeping peace. Of the many planes and pilots that didn't make it home one sparked rumours through a country.
An American bomber that crashed landed in Palau was not found despite reports of it crashing in shallow clear waters. People reported seeing the crew make it out of the plan before it crashed but they never made it home to their families.
Years later, in more modern times, the son of one of the crew starts looking for answers. A scientist goes to the island frequently looking for the wreck to find out the story of those who survived and see whether or not the rumours are true.
Many wrecks are located in the clear waters around the island but many questions need answers.
Did the men really survive the wreck? If they did, what happened to them? Why had they never returned home to their families when the war was over? Why was the wreck of the plane missing when there is evidence of where it should have been?

Honestly I found this book a little boring. Most of the time it was just talking about going to look for the plane without giving enough history behind it. There is a lot of focus on the people who were looking for the plane instead of the history of the people who were flying it at the time. It was better once things started coming together but the beginning was very boring and hard to get into.
Plot: B-
Characters: C
Pace:C-
Setting: C
Ending: B
Overall Rating: 2 out of 5 stars
Have a great day everyone and happy reading!
- K
action Book History ksteenbookreview mystery Review Teen Vanished Wil S. Hylton World War Two