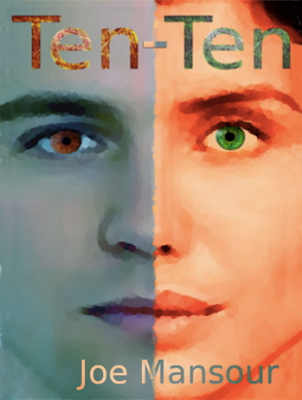 Hey everyone I hope you're having a good week. It's been a while since I last posted since I've been so busy between two jobs. To be honest I've been worked so hard that I started losing interest in all the things I used to love. I stopped reading because when I wasn't working I was sleeping and I started questioning if the things I had been working for years on were worth it. But now I'm trying to work through it.
A little while ago the author was kind enough to send me this book to read. I apologize for taking so long to get around to reviewing it even though I did finish reading it a week ago. I have two days off in a row so I am using the time to catch up on some reading and some reviews.
When I first starting reading this book I was unsure about how I felt about it. But as I read on I found that the story was well thought out and the characters were well developed. I will say that this book is meant for a more mature audience.
Let me tell you a bit about it:

This book switches between different time lines to properly tell the story of John and his mission.
We start out meeting John as he meets Cam, his future mentor and love interest. One night he takes a chance on her by helping her out that will lead to destruction and death in his life.
The story will follow him in the future, a badass killing machine that will stop at nothing to find and kill the man who killed everyone he cared about. The other half of the story follows him before he became a killing machine and how he learned to hate the world around him.
John's story takes him from his young life to the days when he becomes just as harsh as the woman who trained him. He will meet people in the world who are just as helpless as he used to be, but not everyone can handle the life he is in.
In the end it will come down to his resolve to determine whether he can complete his mission. If he can remain the hardened criminal he has been trained to be there will be no one who can stop him. But if he allows himself to reveal his humanity he might just lose his nerve before he gets the chance he has been waiting for.

All in all a pretty good book. It took a while to get used to the time changing but it worked well with explaining John and his journey from being a child to a grown man in only a couple of years. My only complaint about the structure of the story is that the ending seems to leave a lot unexplained and ends very suddenly.
Plot: B+
Pace: B
Setting: C+
Characters: B-
Ending: C
Overall Rating: 3 out of 5 stars
Have a great day everyone and happy reading!
- K
Amazon Book Joe mansour ksteenbookreview Review Teen ten-ten