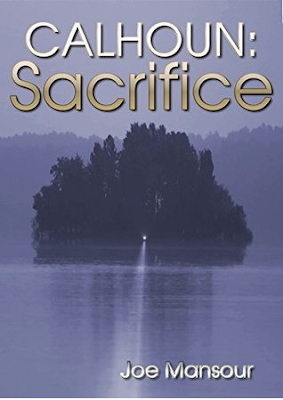 Good morning everyone! This week I finished reading this book that was sent to me by the author. I was unsure what I was really getting into reading the book but I gave it a go anyway. Altogether it wasn't a bad book. There were a few little details that I had a hard time getting over but that might have just been my personal preference to how things are done.
Let me tell you a bit about it:

James has lost a lot to the war; his legs, his hand, his wife and daughter. He has had problems with his anger since long before he lost everything and now he is trying to deal with it. But it is only going to get harder for him.
When his ex-wife calls him up early one morning in a panic he is less than pleased to go to her house. She tells him there that her new husband has been murdered and that she has made some poor choices in the last year that are putting her daughter in danger.
At first James believes it all to be a big joke but when he finds two men waiting for him in his kitchen he realizes that this is serious. The men are there with an offer.
James daughter is one of few children who are able to be sacrificed to a cult that has people in the government, police force, and nation wide population. Because James ex-wife can't pay her debts they will be killing his daughter... unless he can find another child to sacrifice in her place. The child has already been located, all he has to do is take the child. If he does then his daughter will be safe.
Now James has to make the decision; does he try to protect his daughter from these people or does he kill another child to protect her. Time is running out and his anger is coming to a peak. Someone is going to lose someone dear to them.

The story had a good flow to it. The plot moved quickly and the characters were consistent. But the only character I found to be reasonable was James. His wife made no sense since she blamed him for everything that she had gotten herself into because she slept around on him when they were married. The cult was a big surprise reading the story because I honestly wasn't expecting the plot to go in that direction.
But all in all the book was a good read.
I would give this book a 3 out of 5 star rating.
Have a great day everyone and happy reading!
- K
action adventure Book Calhoun Joe mansour ksteenbookreview Review sacrifice Teen thriller