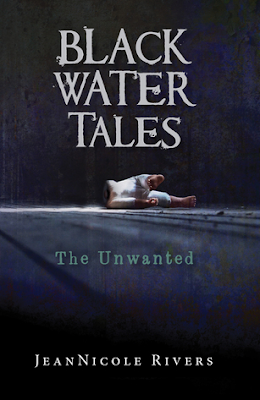 Hey everyone. I hope you are having a good Monday. This week I read another thriller/horror novel, which was generously send to me by the author. As many of you know I am a big fan of thriller books because they require talented writers to make them work. So when the author contacted me about reading it I was thrilled to get the chance.
My first impressions of the book was that is was a little boring to start off with. But as I continued reading I found that I got used to the writing style and it wasn't so boring. This is one of the books that takes a bit of dedication to enjoy.
Let me tell you a bit about it:

Blaire is a volunteer teacher working with United Care to bring aid to children in other countries. She boards a train with another volunteer, Travis, who is a nurse to go to a small town to work at an orphanage for a year.
When they arrive they find that things are worse than they seemed. The town is small with very few people in and even less friendly people in it. At the orphanage they are treated horribly and aren't even allowed in on their first day.
Eventually they are allowed to do their job only to find that the orphanage is the worst case situation. The children have had no education and no health care their entire lives, making the two's jobs that much harder.
On top of that Blaire can't fight the feeling that there is something very wrong in the house. At night the doors are locked. The children are often caught staring off into space only to act normal the next moment. Voices can be heard through the walls and the floors.
Blaire suffers from flashbacks to her hometown called Blackwater that is known to be cursed. As the story progresses Blaire will uncover the secrets of the town. They can only hope that the two will live to see their train home in a year.

A thing I liked about this book was the way the atmosphere was written. The characters were able to maneuver a unique environment that worked with the thriller aspect of the story. It takes real talent to be able to spin a setting that both enhances the story and adds to the development of the characters.
A thing that bothered me was the fact that the characters spent more time explaining what was happening than it actually being shown. So instead of taking the time to figure it out on our own the character seemed to be holding out hands.
I would rate this book:
Characters: C+
Setting: A-
Plot: B
Pace: B-
Ending: B+
Overall Rating: 3 out of 5 stars
Have a great day and happy reading!
- K
Amazon Black Water Black Water Tales Book Horror Jean Nicole Rivers ksteenbookreview Review Tales Teen The Unwanted thriller