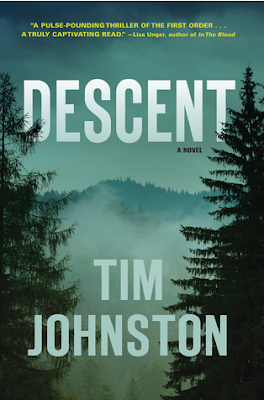 Hello everyone, I hope you are having a good Monday. I almost forgot to do a review today because my classes have ended and I don't have any idea what day it is when I am studying for exams. But I did remember and now I have to tell you about this book.
A couple of weeks ago I discovered that my bookstore on campus had a $5 books section. I was super excited to get a cheep read because it meant I didn't have to use my rent money to buy books again. Oops.
Once I started reading this book, though, I realized why it was on so cheep. It was just a really bad book.
Now let me be clear on this, when I say it is a bad book it means that the subject/content/characters/writing style ect. weren't for me. I couldn't finish the book even though I only read a couple of chapters in.
Let me tell you the gist of what I got out of it:

A family has just moved to the mountains because their daughter is going to be attending school there.
The parents are going through a rough patch because the father had cheated on the mother and then left. They are hoping that this new move will be good for repairing their marriage but as far as it goes things aren't looking up.
One morning the daughter and her brother go out for a run and a bike ride. While on their outing something goes wrong and the brother ends up in the hospital. When the parents ask him what happened to his sister he says that he doesn't know.
She has disappeared.
A couple of months later the family has fallen into disarray again. The daughter is still missing but everyone is still clinging to hope.
One mystery remains though, what happened to the daughter and the son that day in the mountains?

The first two chapters for me were just too boring with so little going on. I found that I couldn't force myself to continue reading the book even though I had only just started. This is obviously a problem because if a book can't suck me into the story right off the bat then I have doubts that the author can do any better.
But this is just my opinion.
Story: C-
Setting: B-
Ending: ?
Pace: D
Characters: C-
Overall Rating: 1 out of 5 stars.
Have a great day everyone and happy reading!
- K
action adventure Book Descent ksteenbookreview mystery Review Teen Tim Johnston