Showing posts from September, 2015
Show All

September 30, 2015
Good morning everyone! I hope you are having a good Wednesday. Just a quick update for me to let you know I am starting ANOTHER side project with a group of friends so my readings will be slowed just the slightest (I finally get to be a business manager!). But I am going to try my hardest to get everything done so that I don't miss a single post. But if for any reason I miss one just know that I haven't forgotten about you. This business I am starting may or may not take up a lot of my time. Since this month is our startup I should know by Christmas how to handle things and if it is going to work.  That's all I wanted to tell you! Have a great day and happy reading! - K
Post a Comment
Read more 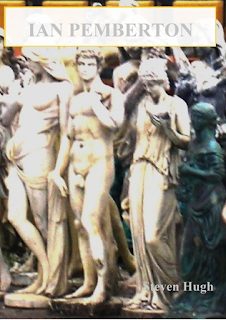 Hello everyone, I hope you are all having a great day. This week I read a book that is about the real life struggles that people who are looking for a new life would face. I was asked by the author if I could give it a go and I said I certainly would. As usual I had a general idea what I was getting into but I never really know what to expect until I actually start reading. Let me tell you a bit about it: Ian Pemberton and his wife Madeline have decided that their ordinary lives in Europe are not all that they wanted them to be. After some convincing Ian talks his wife into giving up their jobs so that they can move to Spain to start a new, relaxing life together.  Once they get there they are overwhelmed by all of the new sounds and sights they can see. But despite being amazed they both understand that they must find work or they will be forced to cut their losses and move back home. Ian chooses to start his own business selling garden and lawn ornaments to people passing by
Post a Comment
Read more

September 25, 2015
SPOILER ALERT! The Giver There is a society where people live a very different life than us. A boy named Jonas has grown up in a world where jobs are assigned to people and those who cannot follow the rules are ‘Released’. As Jonas grows up he faces many changes to his body that he doesn’t understand. Things start to change from the apple he had to the girls hair he hung around. When the time comes for Jonas to have his job assigned he is skipped over at the ceremony. At the end the counsel, the people who hold law over the community, apologize for the skip, for which they are forgiven, and then state that Jonas is being given a job that only one other holds. He is to be the Receiver and will work to with the mysterious Giver. At his first day he meets the Giver, an old man with a drawn face and knowledgeable eyes. He explains to Jonas that he is able to receive memories from him of a world outside of their own and to hold the memories so that the towns people do not find out
Post a Comment
Read more

Top 5: Books I recommend to read

September 23, 2015
1. John Dies at the end - I have mentioned this before and I will mention it again. This book is a whole new way of looking at reading. It is funny and full of personality. The plot twists that it hits you with in the first, and in the second book, will keep you on your feet and wanting more. Sometimes it even makes you question what you actually read the whole time and want to go back and read it again. Give it a try because I promise you won't be disappointed. 2. Good Omens -  Funny without the need of romance, action or any other type of bull. An angel and a demon teaming up as old friends and sometimes enemies to try to stop the end of the world and doing a very bad job at it. Fans of Supernatural may get a kick out of this book. 3. World War Z - I put this on my top 5 zombie novels to check out but I am putting this here as well. I loved this book and I continue to read it over and over again because it is written so well. Even if you don't like zombie novels it feels
Post a Comment
Read more

Kitty Hawk and the Tragedy of the RMS Titanic 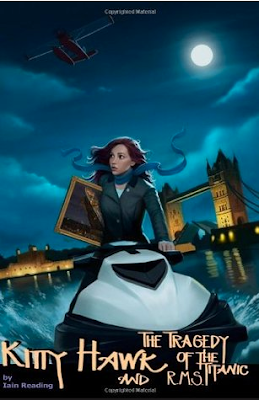 Hello everyone I hope you are all having a good Monday. Once again I read another Kitty Hawk book and holy crap! I love the history of the Titanic as tragic as it is. Mr. Reading has once again outdone himself in explain history in a novel about a teenage girl flying around the world.  Kitty has landed in Europe and is attending a grand opening of her newest sponsor (found by her good friend Charlie). While there she is approached by a handsome young man who asks to hire her to solve a mystery. Side note: Hey, for once she is actually being asked to solve a mystery instead of stumbling into it! Everything starts off well when Kitty solves the first part of an ancient mystery left to the family by someone who was on Titanic. But things turn upside down quickly after a visit to the great grandson of the man who left the riddles for them. Now being chased by thugs after steeling a painting Kitty and her new friend are on the run trying to solve the riddle before their enemies do.
Post a Comment
Read more

Full Story Synopsis: The Book is full of Spiders

September 18, 2015
SPOILER ALERT! This Book is Full of Spiders We start out the book with a message from the author telling the audience that they don’t have to read the first book to understand this book and he wishes they wouldn’t read it. He tells of a Birthday celebration he and his friend John hold every year when the pee off the top of the water tower in town. While they are peeing they see a large group of military vans driving through. When one of the vans slams into a tree the two go to see what happened. Inside the van they find that all of the agents have been turned into G.I. Joe dolls. They also find a box that is locked and can’t be opened. Being as curious as they are they take the box. Dave mentions that they do manage to get it open but says that he will get back to that later in the story when it is more important. Dave is seeing a psychologist because he shot a man (truly a monster) with a crossbow. Since the town knows about what he and John do (get rid of monsters) they gave
Post a Comment
Read more

September 16, 2015
Hey everyone just checking in with you. School is getting pretty intense in its first couple weeks so I don't have very much for you today. I have a lot of reading to do for school and outside of school but I am keeping up with it thankfully. I have a bunch of new books to read so look forward to that. Also I have noticed here in Canada the leaves have started changing colour which means that we are almost in fall. With Halloween coming up I am looking forward to all of the awesome horror stories I can read.  I won't be drinking any of that nasty pumpkin flavoured drinks that the other people are going for this time of year but Adam and I will be carving a pumpkin with our little Piggy to celebrate our first Halloween in our new place.  Well, you guys don't care about all of that so I will not take up any of your time. Have a great day everyone and happy reading! - K
Post a Comment
Read more

Harry Potter and the Goblet of Fire 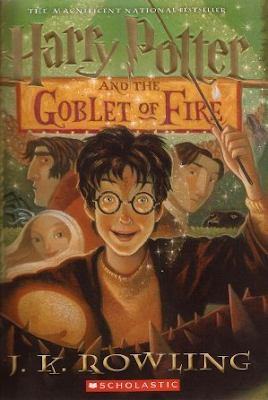 Good morning everyone. I hope you are all feeling well relaxed after the weekend. Last week I finished yet another Harry Potter book, slowly inching my way to finishing the series. As I have mentioned in previous posts I am enjoying the Harry Potter books more and more as I go along. This one was just as good as the last if not better. It is evident that Ms. Rowling is improving her writing skill (which was already impressive to begin with) as she continues to write. So Harry is back once again attending the world tournament for wizards with Ron and Hermione. He is enjoying watching Victor Krum (a popular player) take over the game and enjoying the last of his summer while still in contact with his God father Sirius.  Soon danger finds him again as a group of Death Eaters (Voldemorts supporters) crash the games tormenting the muggles there. It all comes to a end though when a spell is cast into the sky to show the dark mark signifying Voldemort.  Harry and his friends return to
Post a Comment
Read more

September 11, 2015
SPOILER ALERT! Interview with the Vampire A young man is interviewing a man he met on the street. The man tells him he is a vampire. The boy is like, “K,” but when he runs quickly across the room into the light the boy can see for sure that he isn’t lying. He assures him that he is safe and begins to tell his story. It starts back when he was younger just over 200 years ago. His brother was deeply religious to the point where he claimed to have visions sent to him from God. The man is happy to go along with this as long as his brother is happy. But when his brother tells him to sell his estate he lashes out at him. Soon his brother falls down the stairs and dies. The man, wracked with grief, sinks into a depression and spends nights sleeping at his brother’s grave. He drinks often. It doesn’t take long for him to be attacked one night by a man who wanted his estate. The man introduced himself as Lestat, a vampire who would kill him by drinking his blood. The man is then give
Post a Comment
Read more

Top 5: Zombie Novels On My Shelf

September 09, 2015
1. World War Z: Not only did this book show the best style of writing I have seen in a long time but it also had a story that was everything you could ever want in a Zombie novel. I find the most important part of any zombie story is the outbreak itself and how life has changed from before it happened. When a story jumps in after the outbreak occurs it doesn't have the same effect as when they show you people trying to survive as the world goes to hell around them. World War Z demonstrated, without a reasonable doubt, that life for different people is changed dramatically when the world goes to hell. In the novel you will read from a different persons perspective in each chapter telling their story from their country. The book is organized so that the stories are told in order from the beginning of the outbreak to those who tell of how they survived during, all the way to the present day in novel time when they are living in their new world. There is no competition of my shelf tha
Post a Comment
Read more
More posts