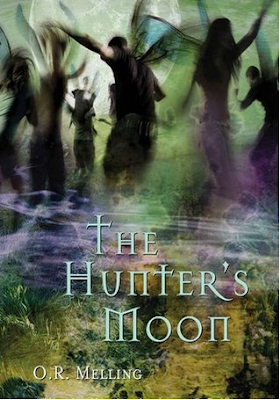 Hey everyone I hope you are well. This week I read a bunch of books at once since I had a bit of spare time. Although, to be completely honest, I wish I didn't read this book. It wasn't that it was a really bad book but it was just such a waste of my time to finish that it would have been better if I had just left it for another week or two.
I always find it hard to get into a Faerie story because there are just so many of them out there and they all have the same sort of feel to them. This one just might have been too different in culture for me to really enjoy it.
Let me tell you about it:

Gwen and her cousin have planned to go backpacking in Ireland for the summer without telling their parents so they can see the world. What Gwen doesn't know is that a man has come to her cousin before she arrived and set in motion a series of events that will change both of their lives forever.
While camping illegally one night her cousin is swept away by the King of faeries to be his new human bride.
Now Gwen is on a mission to get her cousin back. But to do so she will have to out smart the King of the faeries himself. And Gwen doesn't realize how far the King is willing to go to get her on his side even if it isn't for the reason that she thinks.
With a few new friends Gwen will go to places she never knew she could and face challenges that no one her age should have to face. She will have to go to great lengths if she is to get her cousin back before the Hunter's Moon comes upon them and one of them will have to be sacrificed.
Nothing is as it seems when the Faeries become a part of your life, which is a lesson Gwen is about to learn the hard way.

The biggest thing that pissed me off in this book is the unrealistic way the characters acted. They say one thing and then turn around and go against it. They don't even seem to understand the situation they are in or care about the people around them.
The plot itself isn't even good because it involves a lot of random things happening that lead to the next event without explaining things in any detail. The be honest the entire story felt very rushed from the characters to the situations they get themselves into. Relationships are forced, the author's rules are ignored, and I literally skipped a chapter and nothing actually happened.
Because of all of this I would give this book at 2 out of 5 star rating.
Have a great day everyone and happy reading!
- K
adventure Book Faeries Ireland ksteenbookreview O. R. Melling Review romance Teen The Hunter's moon